Eggs Benedict with fresh Asparagus one of many Weekend Brunch specials

You’ve heard about it.  They have cookie dough.  Maybe you even ate here during WesFest.  But now you’re here, standing in line, with a crowd around you, and you hear one of the cashiers yell, “Can I help who’s next?”

WesWings can be a little daunting the first few times.  Some will panic and just order a burger and fries or a chicken sandwich.  Our menu is pretty extensive and the choices are vast.

To list just a few of the questions you’ll be asked.

So here are a few ideas to help you get the most out of our little establishment Remember, yes we take points and like the Red & Black Cafe, we are a small independent business owned by Karen & Ed ’89

END_OF_DOCUMENT_TOKEN_TO_BE_REPLACED

Why spend 2 points or more every meal for your beverage?  Our Mug Club is not only good for the environment, it’s good for your points balance.

Purchase a reusable mug from either WesWings or Red & Black Café for free refills of soda and iced or hot coffee every time you visit.

Can I use it at other campus locations?

Only WesWings and Red & Black Cafe.

How much is it? END_OF_DOCUMENT_TOKEN_TO_BE_REPLACED

Here’s Wesleyan’s latest video, A behind the scenes look at Swings

As many probably figured out, our recent Egg Hunt had several eggs containing “Golden Tickets” We invited all of the ticket holders to a tour of WesWings and we are happy to announce that pre-frosh Charles Bucket ’22 was the winner. Not just of the cookie dough, but the whole restaurant.

We chose Charlie despite his breaking the rules of the contract signed by him.

During the tour, he and his grandpa Joe stole some Dr Pepper by drinking directly from the soda fountain which now has to be washed and sterilized. But instead of getting nothing and saying good day to them, after Bucket ’22 returned his everlasting cookie dough we knew he was the one.

We want to also congratulate the other golden ticket winners who took the tour of Swings but didn’t make it to the end, Salt ’18, (was a bad egg), Argus food editor Beauregarde ’19, film student Teavee ’19 and that August kid. Don’t worry they’ll all be back to their normal old terrible selves but maybe they’ll be a little bit wiser for the wear.

will be giving away free 16 oz hot or iced coffees to everyone who participates in the Big Roll all day Saturday.  Just show us your I Rolled sticker. 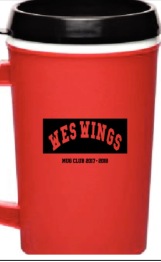 Why spend 2 points or more every meal for your beverage?  Our Mug Club is not only good for the environment, it’s good for your points balance.

Or look at it this way. Other drink loyalty programs give you a free drink after you buy 10. With our club, buy 20 and we give you free drinks the rest of the school year.

Purchase a reusable mug from either WesWings or Red & Black Café for free refills of soda and iced coffee every time you visit.

Can I use it at other campus locations?

Only WesWings and Red & Black Cafe.

How much is it? END_OF_DOCUMENT_TOKEN_TO_BE_REPLACED 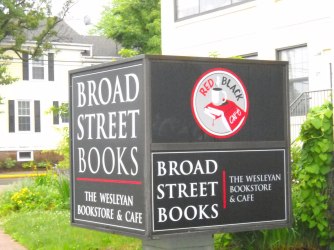 As the school year comes to a close, so does Broad Street Books, Wesleyan’s bookstore for the past fourteen years. In 2003 we joined together with Wesleyan and Follett Higher Ed to create Wesleyan’s bookstore and cafe. The former employees of Atticus Books became the first staff of Broad St Books and Red & Black Cafe. For fourteen years we worked side by side. While the people who worked for the bookstore would change, the Red & Black Cafe came to know so many of their staff, through the busiest of times and the darkest of days.

Recently we have observed the professionalism and dedication of their staff as they worked to liquidate the stock and bring the store to a close. We wish them well in their future endeavors and always leave open the possibility to work together in the future.

As for what becomes of the Red & Black Cafe, we’re not going anywhere. Wesleyan is our home and we will continue to serve students and the entire Wesleyan community. Several ideas are being discussed as to what will occupy the space left by the bookstore. We have our fingers crossed and will make any announcements when appropriate.

Thanks to recent graduate Gabe Rosenberg pointing out this article from ExtraCrispy.com The folks at Extra Crispy were kind enough to include us in their list

40 of the Best College Breakfast Spots in America

Grilled panini, 3 or 4 soups a day, build your own grilled cheese. Bacon Egg and Cheese sandwiches ALL DAY.  Lots of choices for food and even more to drink.  First the food

Under Build Your Own Sandwich you can create just what you want.  Try our famous Cranberry-Apple Tuna.  We’ve also have

Plenty of bread options and spreads as well.  Any sandwich can be grilled on the panini press. 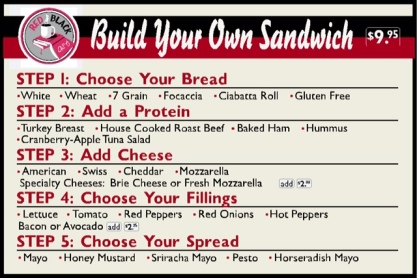 END_OF_DOCUMENT_TOKEN_TO_BE_REPLACED

Support Weswings and Red & Black Cafe by buying gift cards to be used when we reopen.

Visit our eBay store to purchase shirts, hats and other swag        Click Here

A Look Behind the Counter

Behind The Scenes at WesWings

It's WesWings Wednesday! (Try saying that 10x fast!) Our student video crew caught up with WesWings and The Red & Black Café founders Edward Thorndike ’89 and Karen Kaffen-Polascik for a peek behind-the-scenes at one of the beloved student eateries on campus. Be sure to check their daily specials on Twitter @Weswings! 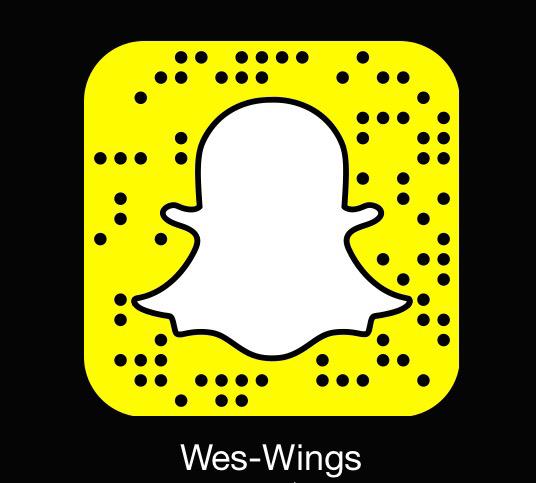